They were no Ritz-Carlton or Caesars Palace but they charmed visitors immensely, nonetheless.

The Macklin House—named after a popular racehorse in the area—came first, during the 1890s. It was quaint and modest but could draw a crowd due to its wonderful hospitality and great food.

But when the Macklin House burned down in 1899, the Altoona community was left without a hotel.

A few years later, the Haines Park Hotel opened its doors, helping the Altoona community welcome more visitors than ever before.

Let’s find out a little more about these two hotels, the people who created their legacies, and why they were so cherished by the Altoona community.

Much of the information for this article was taken from the book “Rising to New Heights, 150 Years of Altoona History”, written by Alex Payne. Check it out to learn more about these two hotels and the history of our great city. 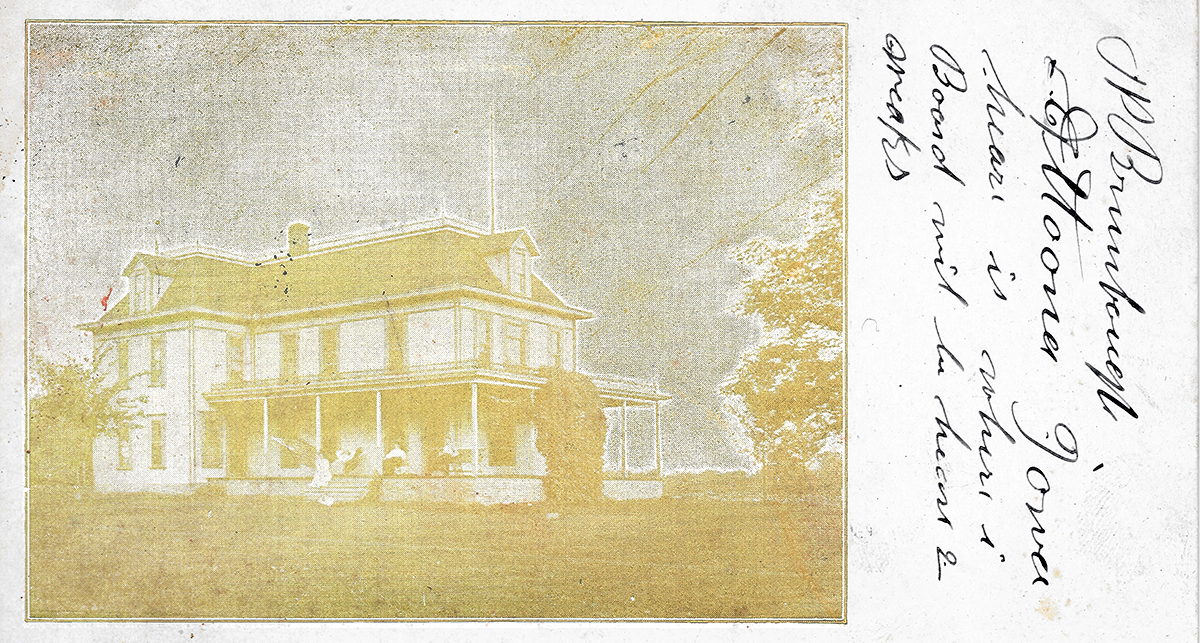 The Macklin House (originally titled the Altoona House) was a hotel and community gathering place in Olde Town Altoona, located where the CAP Theatre stands today.

The two-story house had a small fenced-in courtyard and a wooden awning covering the sidewalk. By today’s standards, it was pretty “bare bones”.

However, it was built on something much more impactful than size or luxury—good old-fashioned hospitality.

Who was behind its legacy?

The Macklin House was owned and operated by Mr. and Mrs. Ed Crawford, an influential and philanthropic Altoona couple.

Their community-building efforts extended beyond the Macklin House as well. In fact, Mr. Crawford helped create one of the first bike paths that connected Des Moines and Altoona! This made the hotel—and Altoona itself—even more popular.

Their warm hospitality and community-oriented spirit are part of what made the Macklin House so beloved by Altoona locals during the time.

As previously mentioned, the Macklin House was located off 2nd Street in historic Olde Town Altoona.

The Macklin House capitalized on the buzz of the area, lining the covered sidewalk with deck chairs so that guests and townspeople alike could come and mingle.

If you were to visit the Macklin house on a warm, sunny day in its prime, you’d be greeted by a lively scene of a neighborhood kickback.

You’d hear the chatter of guests and townspeople conversing on the porch, the clinking of horseshoes being tossed in the street, the clacking of croquet clubs in the courtyard, the footsteps of folks strolling about the Main Street stores—and most famously—the sizzling of a chicken dinner cooking in the frying pan.

The end of an era

Sadly, the Macklin House burned down in 1899, marking the end of a beautiful era.

The Altoona community lost more than its only hotel—it lost a place to talk, play, gather, and eat.

Altoona kept getting busier, but didn’t have a hotel to house visitors

Altoona became more and more popular during the early 1900s, especially with the introduction of the interurban—an electric train with daily service between Altoona and Des Moines.

However, the town didn’t have a hotel now that the Macklin House burned down.

Altoona needed a place to feed, house, and entertain all these travelers. And it needed it quickly.

A well-respected businessman and politician, Thomas Haines, would soon fill the vacancy. 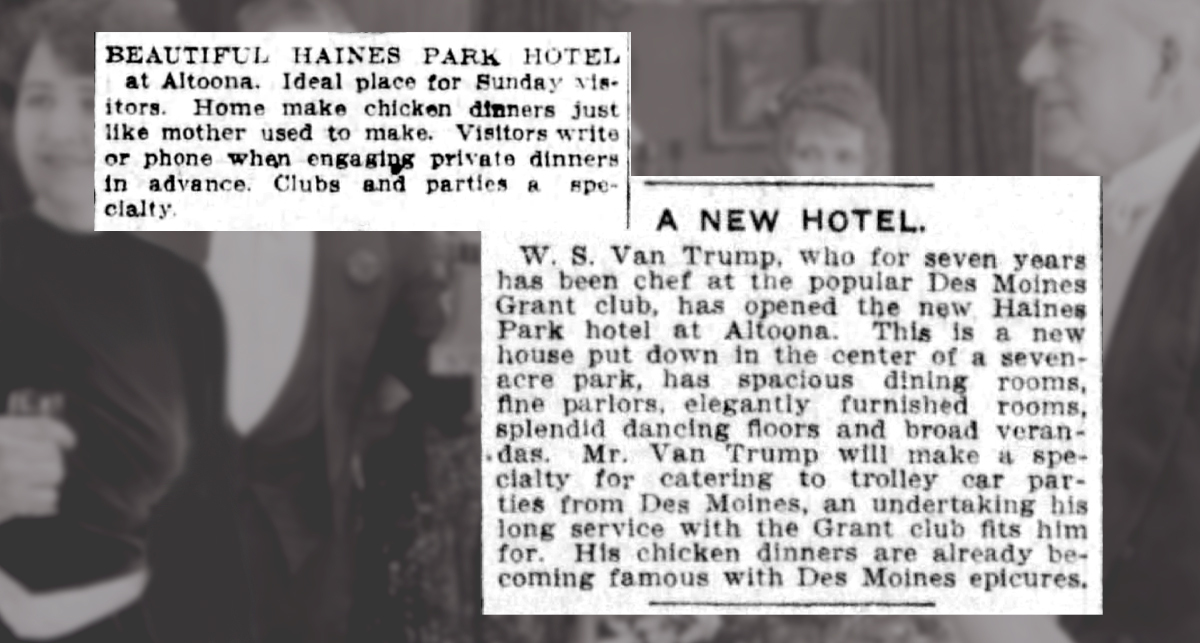 This was much to the excitement of the Altoona community, who had been eagerly awaiting the hotel’s arrival since Haines announced its construction in 1902.

The grand opening was filled with lots of fanfare. It featured an orchestra, home-cooked chicken dinners, and other entertainment, with all proceeds going to a local church.

A new era of Altoona hospitality

The Haines Park Hotel was much larger and fancier than its predecessor, with roughly 20 luxurious guest rooms, featuring finely furnished parlors, spacious dining rooms, and beautiful views of Haines Park just to the north.

The hotel even had a chef-run restaurant, helmed by W.S. Van Trump, famous for his chicken dinners at the Grant Club in Des Moines.

Similar to the Macklin House, the Haines Park Hotel was known for being far more than just a place to stay.

Folks would sometimes come into town just to visit the hotel itself. It was a “destination location” for social events, banquets, dinners, parties, and all sorts of large gatherings.

The hotel was even visited by prominent guests like Governor Cummings and the Younkers Brothers.

When Thomas Haines passed away in 1908, the hotel was passed on to his wife.

She eventually sold the Haines Park Hotel, and in 1914, it was moved to Olde Town Altoona and renamed the Maple Hotel.

It continued to operate as a hotel well into the 1930s, and its chicken dinners continued to be the stuff of legend.

The property remained a prominent community amenity for decades, though it was utilized in a few different ways.

The Haines Park Hotel would later be used as a boarding house, nursing home, retail store, and apartment building.

The next time you’re staying at one of Altoona’s many hotels, remember the two that lent a hand in our community growth so many years ago.

Remember how the Macklin House helped create a legacy for Altoona’s warm hospitality, and how the Haines Park Hotel took it to the next level. 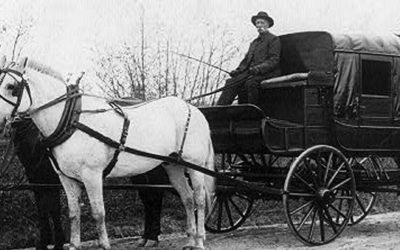 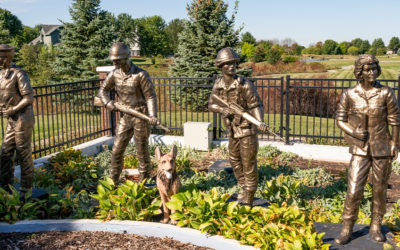 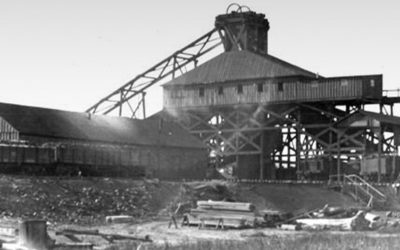