If you make your way to 104 2nd Street SE in Olde Town Altoona, you’ll find yourself in front of a beautifully preserved brick building from the 1870s: the Altoona Area Historical Museum.

Stepping through its doors transports you to the past.

The building’s hand-operated elevator, original wood flooring, and 400+ drawers constructed from ammunition cases are all still intact, and its rooms are filled with thousands of historical items that tell our community’s story.

But what was this building used for before the City of Altoona purchased it and turned it into a museum? Why did the Altoona Area Historical Society choose to call it home? And how did that society come to be in the first place?

There’s only one way to find out. Let’s take a walk down memory lane in historic Olde Town Altoona!

Much of the information for this article was derived from the book “Rising to New Heights, 150 Years of Altoona History”, written by Altoona resident Alex Payne, whose work has been instrumental to the “Treasures of Altoona” series. Check it out to learn more about the history of our great city. 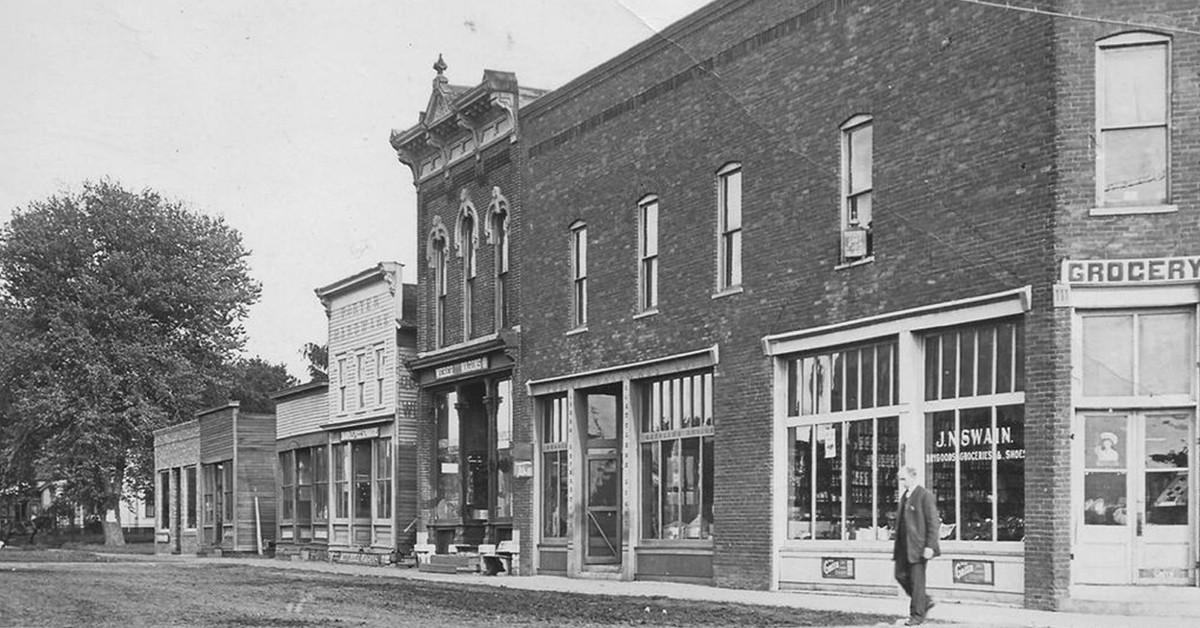 Built in the 1870s as a General Store

The Altoona Area Historical Museum’s historic legacy originated back in the 1870s with the construction of “R.A. Crawford’s Store”, built by Altoona businessman (you might guess the name) R.A. Crawford.

The main floor of the general store was used for your usual merchandising purposes, with the upstairs meeting rooms serving as gathering spots for organizations like the Masons or the Altoona City Council.

A few decades later, someone else would take possession of it. 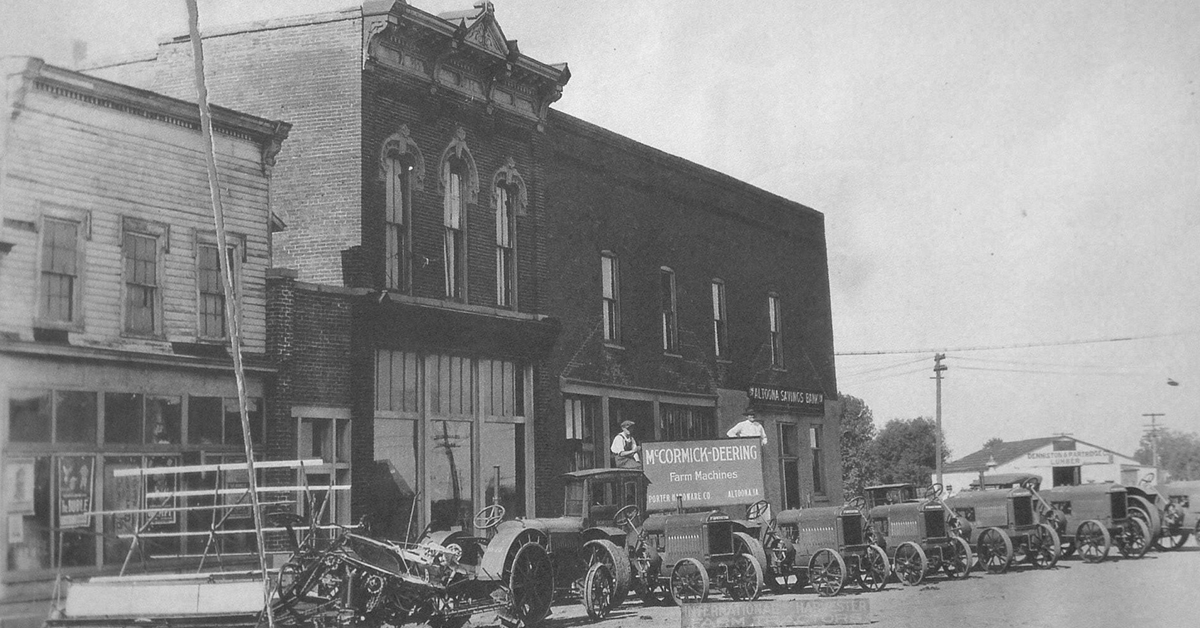 In 1919, R.A. Crawford’s Store was no more. Jess Porter bought the building and opened his hardware business (Porter Hardware) in it, which would remain there for over 6 decades.

The Altoona Area Historical Museum is still often referred to as “the Old Porter Hardware building” for this reason.

Ownership of the building changed hands again in 1982 when Helen and Jim Blaney purchased it. The couple ran two businesses out of the building, a fabrics shop (Back Door Fabrics) and an insurance company until they sold the property in 2006.

To the benefit of the entire Altoona community, Helen and Jim worked tirelessly to preserve and renovate the building during their 24-year stay.

The City of Altoona purchased the property in 2006, with the intention of turning it into a community museum.

Restoration work was carried out on the building right away (mostly focused on the appearance and structural integrity of the brick exterior), followed by an interior refresh a few years later.

Once the construction dust settled, it was time to fill the place with history. A museum isn’t a museum unless it has artifacts and displays, after all.

Let’s learn more about the organization that made this part happen.

The Altoona Area Historical Society Brought it to Life

Led by then-Mayor Tim Burget, the Altoona Area Historical Society was established by a group of citizens who were passionate about local history. The society would be recognized by Altoona City Council in 2003 as the official organization to collect and preserve the history of Altoona after the city went without one for nearly two decades.

(Robert Thompson founded Altoona’s first known historical group in 1968, the Altoona Historical Association, comprised of residents with a passion for history. Another group was also created in the 1980s, working together for about 8 years to compile a book with extensive historical information about the Southeast Polk area.)

Here’s how it all went down, according to the book “Rising to New Heights, 150 Years of Altoona History”, written by Altoona resident Alex Payne.

“Needing a home, the group worked with the city to find office and storage space. At about this time, Jim and Helen Blaney were looking to sell the old Porter Hardware Building that had been home to their fabric store…The group thought that the historic building would make a great museum for the city and a home base for the organization. In 2006, the Altoona City council agreed to purchase the building…”

They’ve been working hard to bring our community’s past to life ever since, by collecting and preserving artifacts, creating informational displays, and keeping the 150-year-old building in pristine condition!

With everything from a historical museum to exciting events—like the Altoona Fourth of July Parade, Christmas in Olde Town, or the upcoming 2023 Cornival—the Altoona Area Historical Society has so much to offer our community.

You can support their work by making a donation or becoming a member.

Be sure to like their Facebook page to get the latest info about their museum, events, and organizational updates! 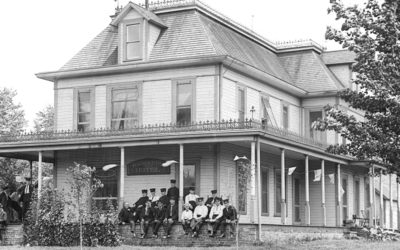 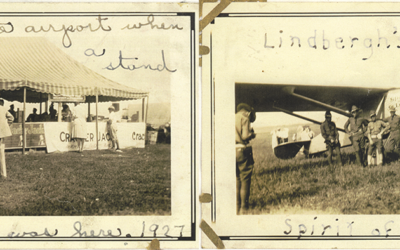